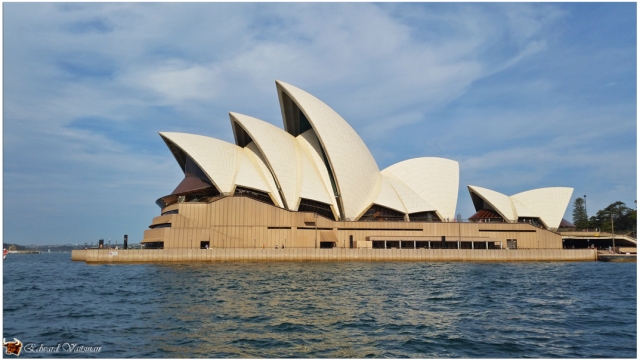 Well, the reason I’ve been so quiet past few months is I actually moved from Israel  to Sydney, Australia. Yep, the southern hemisphere, the world down under :). Was a bit shaky period, but it’s finally over! This blog is on again, and I will do my best bringing you not only the food related goodies, as I’ve done till now, but also some interesting Ozzy stories about how things are done down here.

So, things have started about 5 months ago, when my lady and I decided we’re turning our lives upside down and moving to Australia. Ok, not that much upside down – after all, it was a relocation, that is, we both had jobs waiting for us. But still, changing a country with 2 little kids and all – not something you do every morning, aye? However… we kind of understood we won’t really make it without someone local supporting us – really, what did we know about Australia?! It was like a different planet or something like that… Anyhow, our company recommended us to contact “Strategic Move Australia” – relocation agents who were supposed to help us with the move.

I must say, contacting “Strategic Move” was by far the smartest thing we’ve done in this whole move. No, really – communicating with real estate agencies, inspecting the houses for rent, enrollment of the boys to school, answering our questions, often banal and even stupid, – all of that and more! Without a doubt, our move was made much smoother and less stressful thanks to “Strategic Move“.

Galia Hartman, the director, was our first point of contact with “Strategic Move”… Our first phone talk lasted about 2 hours instead of initially scheduled half an hour, and my wife and I literally swamped Galia with questions. None of our question were left unanswered, despite the fact it was already past midnight for Galia. She fully understood we’re going to the country we know nothing about, and it’s mostly like walking into an unknown.

The preparations took about 4 months, during which we had much more conversations with Galia – it became a sort of a weekly chat. Questions were just coming on, non stop. E.g. bank account – which bank? How does it work? What documents are needed? How to order a credit card? Galia was patiently answering all our questions, giving us the confidence we needed so much to support us in our decision. In parallel, I handled renting out our apartment, garage sales etc. Yeah, my grill and smoker had to go to, and that was the most painful part. Australian customs and agriculture department do not allow import of used grills or smokers, unfortunately.

Finally we got the visa and the tickets. Galia wrote to me then “The countdown has begun” :). Indeed it had! Next thing I did is opening the Australian real estate web sites and looking for a house to rent. First I tried to narrow down the suburbs in which I’d like to live, but trying to make a 15 km circle around the offices where I will work left me with about 25 different suburbs… On top of that, the photos on the sites have nothing to do with the reality, and we needed someone to go and personally inspect the houses before we could even think of renting something. Then Galia introduced me to Maya Goodwin, from Sydney, the lady who handled all our issues locally.

Maya was our eyes in Sydney, literally! She went to house inspections, took house photos with her phone and sent to us, so we could get a near real time view at the property. In addition, we had to choose the house relative to the school where we’d like to enroll the boys, which made the situation even more complex. Eventually, after inspecting one of the houses I found, Maya advised we actually go for it, and it turned out to be a very successful choice! We ended up with 4 bedrooms house with a pool and a 2 cars garage. Old, but lovely place, located about 300m from a small and very friendly school.

Enrolling the kids to school was not a simple thing as well – they’ve graduated 1st grade and begun 2nd, but in Australia the school year is January to December, i.e. they arrived just in between semester 3 and 4 of the 1st grade. All the communication with the school, submitting enrollment papers – all was done by Maya. Bottom line – the fact we enrolled our kids to school while still being in Israel, – thanks to Maya!

Finally, we arrived to Sydney. It was the end of an exhausting flight from Tel Aviv to Sydney, through Bangkok, where we stayed for a day. I arranged that up front, because taking 2 flights of 11 hours each with little kids – I am not sure even I could actually survive that. But we arrived, picked up our rented car and went directly to the hotel, because all of us were tired as hell!

Next day we started to try and figure out where we are and what is this place… The hotel was located in Chatswood, a suburb often referred as “Chats Woo”, because of high number of Chinese living there :). Then we went to see the house, which, till then, we only saw on photos, went to a supermarket, shopping mall… Same evening we finally met Maya in person.

Next step was to buy a car. Prices in Australia are way less than in Israel. For a price of a small car in Israel I bought a Jeep Cherokee, a very old “dream” of mine to drive that car. With my wife’s car – again we got a help from Maya, who introduced us to her friend selling a Nissan Tiida, which we bought as well.

After moving to the house we rented, a routine has started which I will have nightmares about for a long time – Ikea furniture assembly! 🙂 All the furniture we did not bring with us we decided to buy in Ikea. It indeed made it easier on our pocket, but I’ve been assembling the furniture till today afternoon! Not an adventure I’ll want to repeat any soon :).

Oh and of course, one of the first things we bought was my good old Weber Genesis… The variety of BBQs in Australia is great, but I wanted something I know for sure won’t fail me… Semper Fidelis, as they say :).

Well, that’s it for today. Not much of a foodie post, but that’ll come, and it’s a promise! Will also try to keep my posts shorter (oh by the way, thank you for reading this far 🙂 ),  and much more interesting and tasty!

This site uses Akismet to reduce spam. Learn how your comment data is processed.

Follow Blood, Fire and the Pillars of Smoke on WordPress.com